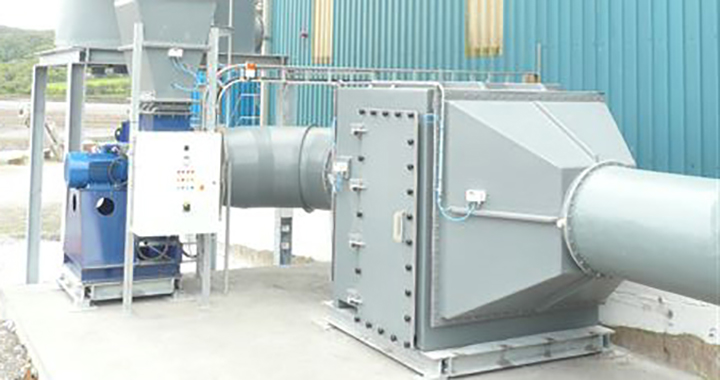 Air within the processing plant operated by a large fish processing company in Ireland reaches some very high temperatures and can be extremely malodorous. The plant’s exhaust ventilation system was allowing contaminated particulates from the building to leak into the atmosphere – ‘fugitive emissions’ whose escape Simdean were asked to prevent.

Our proposal, which was accepted, was a carbon odour control unit to be incorporated into the exhaust ventilation system. The system was based on a maximum exhaust volume flowrate of 25,000 m3h and a maximum exhaust gas temperature of 30°C.

Simdean took responsibility for the design, manufacture, installation and commissioning of the following equipment.

An inlet filter with differential pressure sensors to remove particulates from the contaminated airstream exiting the plant.

A centrifugal exhaust fan with an impeller constructed from 3CR12 and all other contact parts manufactured from epoxy-coated mild steel.

A carbon adsorber to remove general basic, neutral and odorous components from the gas stream. The adsorber was designed to use extruded pellet-type carbon activated by steam and capable of absorbing approximately 30% of its own weight.

A control panel incorporating a range of advanced functions including an inverter, a temperature monitor, pressure monitors and PLC for sequencing and controlling the system.

Since the Simdean system was commissioned, fugitive emissions have been reduced significantly. 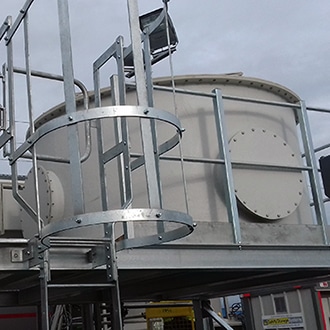 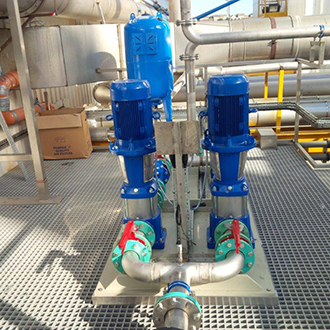 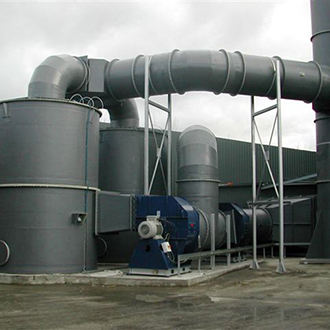